It’s been a couple of months since we visited the beautiful Western Coast of Australia. It was the first time our little family had stepped foot outside an Australian airport and it certainly was an adventure. We saw everything we hoped to see including kangaroos, dolphins, wide open spaces, wild coast lines and good wine. Well apart from the whales, but I’ll cover that off later.

I will disclose that I was quite anxious before our trip and even cancelled the camping part of our trip due to my fear of spiders and snakes. In my mind I thought that every piece of grass, doorway and chair was going to be swarming with spiders and that everywhere we walked snakes would slither across our path. Reality is that we didn’t see one spider or snake our whole trip, but with the noise my kids make I think most animals would run and hide, haha.

Now my research was expansive on this trip, from friends who have done the trip and shared ‘master’ spreadsheets, picking the brains of those who are from Perth, books, internet and beyond. So the list below is the top place to add to your trip when you visit Perth and Margaret River.

It’s been a while since we ventured out of Asia so we wanted to soak up everything WA had to offer, so we opted for a couple of nights up in Perth before we took our hire car on a road trip down south a couple of hours, to the Margaret River region. Lots of people head straight down, but I think you’d be missing out on some gems if you did.

Just 30 mins from Perth airport, a town known to the locals as ‘Cott’ was our first stop. We hired an apartment opposite the beach and in the centre of the action which meant we could walk everywhere in five minutes. The stunning beach was a quick hop over the road and down the little hill side. As for swimming in the sea, we were very British about it and kept the kids close to shore as they’ve had shark attacks at this beach before. But there were certainly 100s of people in the sea.

We grabbed some chips from the fish shop and lunched on the beach overlooking the ocean. The sunset was magical and what made it even better for us was bumping into some of our Singapore neighbours, such a small world.

For dinner there are a few options but we stopped into Cott & Co, it wasn’t the cheapest but was worth every penny.  Freshly caught and cooked fish options with tasty sides and sauces. Awesome friendly Aussie service who catered to my gluten free needs and also had good rose, wink wink. 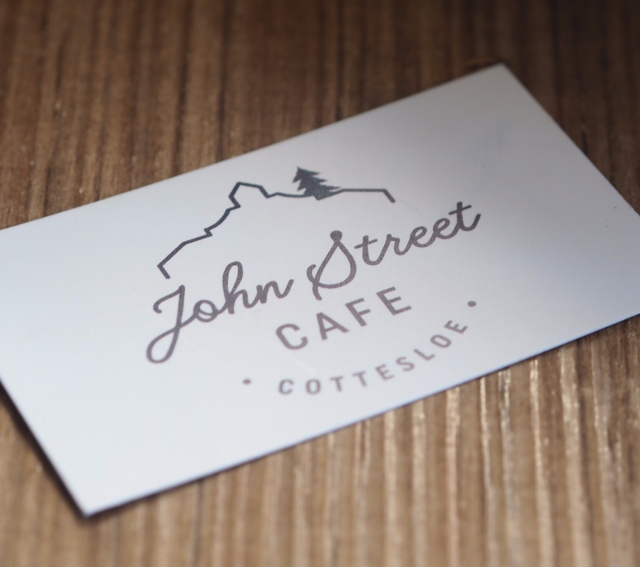 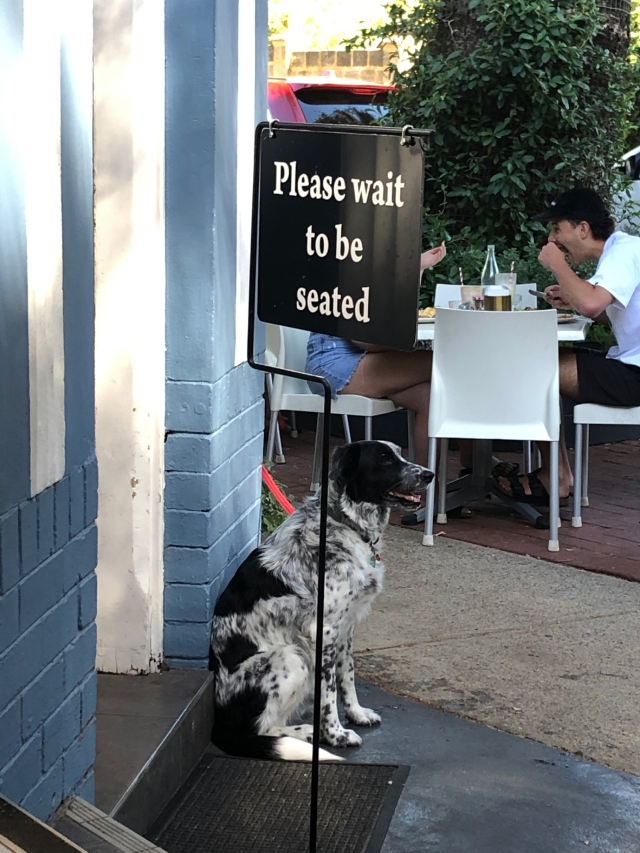 The next morning with our insider knowledge we scooted up one of the residential side roads to St Johns Cafe. We regretted not having booked a table in advance on the outside terrace but we were seated at a cute round table inside instead. The Italian staff here were delightfully friendly and helpful. We had the best breakfast of our trip here and even got some muffins for the road. 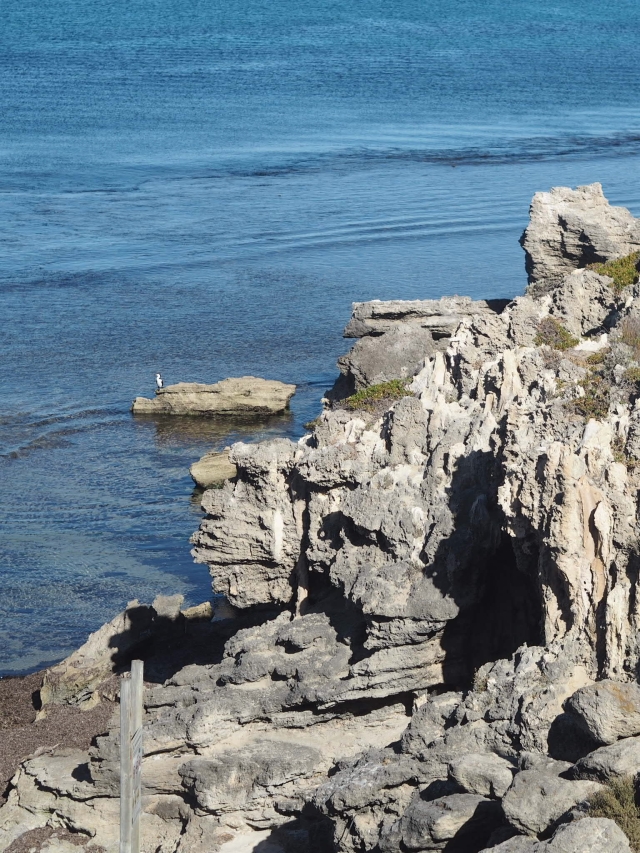 Cottlesloe on a Saturday morning is buzzing and we certainly timed it right. We were surprised to see they have Park Run here, we used to do the original one in Bushy Park over 10 years ago. Highly recommend taking a walk along the sea front pre breakfast too.

After breakfast in Cottlesloe we hopped, not even 10mins, down the coast to Fremantle. There was a bit more happening here, especially Friday, Saturday and Sundays when the market is open. 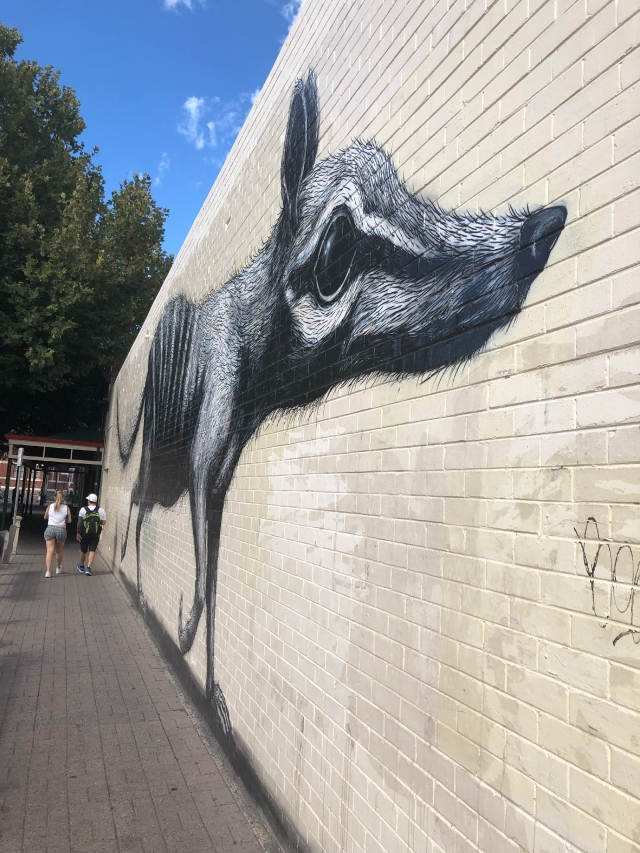 After 1.5 years of not-so-fresh produce in Singapore, this was a dream. We feasted on fresh fruit, tried all the samples, sipped on freshly made kombucha and browsed the delights the local artisans were selling. We loved the market so much we went back the next morning for breakfast too. 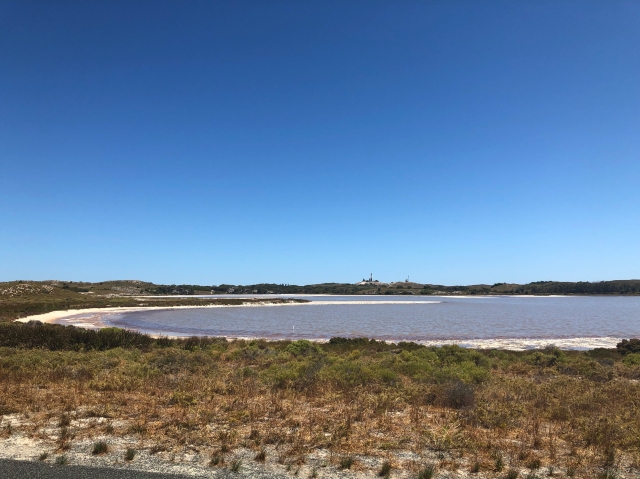 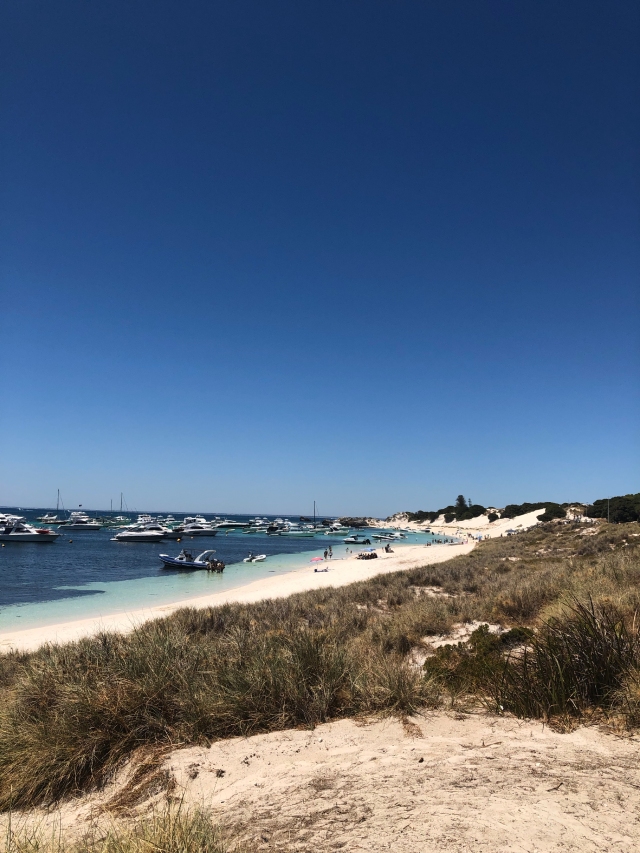 One of the best parts of Fremantle is that it’s the launch point for the boat ride to a quirky little island called Rottnest and their inhabitants the quokkas. These lovable little creatures are found nowhere else in the world. They’re a bit like rabbit sized gerbils. If you’ve time to kill google ‘quokka selfie’ for some giggles.

Tip: Don’t try and feed or touch the quokkas no matter how friendly they are, it’s forbidden and you’ll get a nice $300 fine too, if you’re caught.

There are quite a few ferries which will take you over to Rottnest, but we booked online in advance via Rottnest Express, we were also able to book our bike hire through them and they were there waiting for us when we got off the boat. A day was enough for us, we took a leisurely cycle to Parakeet Bay, the water was calm and shallow. But you can stay overnight on the island, it was a bit of a mix of Centre Parcs and camping with people of all ages.

Now we treated the kids to an out of the ordinary stay in Freemantle. We stayed in a prison, now we’re not massively brave, so we booked the old guard house which had been converted into a two-bed cottage. If you’re game you can also stay in the old cells which are now part of a back-packers youth hostel. 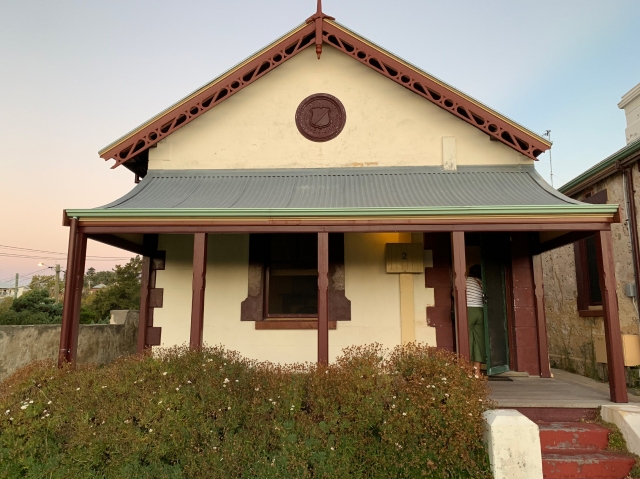 The prison is in a handy part of town and just a short walk to the market and the main strip/street for evening meals. You could also sign up for a night tour of the prison, but our kids were scared enough just walking around in daylight so we passed this time.

Breaking up the Journey to Margaret River

It’s not a long journey from Perth down to Margaret River, but we were in holiday mood and decided to break up the journey each way with a stop en-route. On the way down we parked up in Mandurah, where I’d heard that they have a good dolphin population. 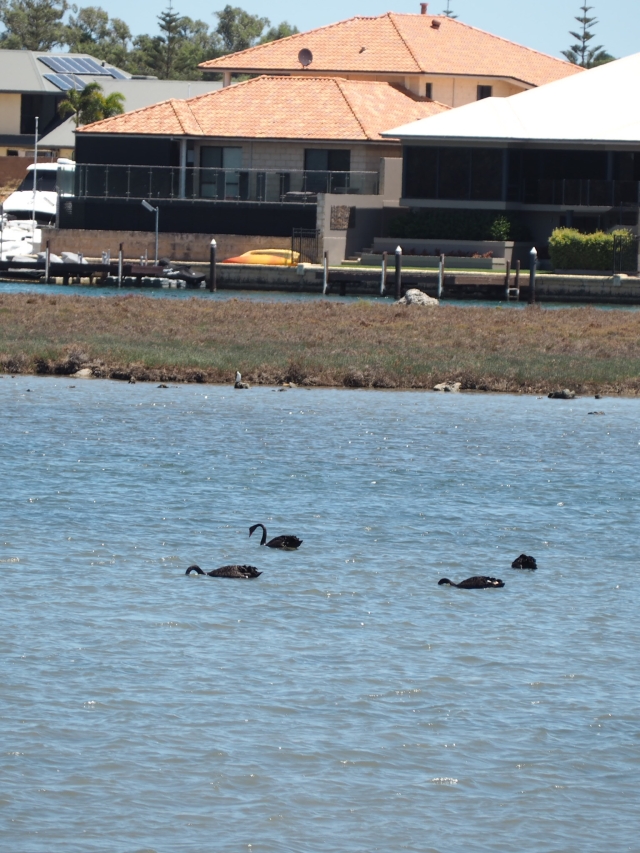 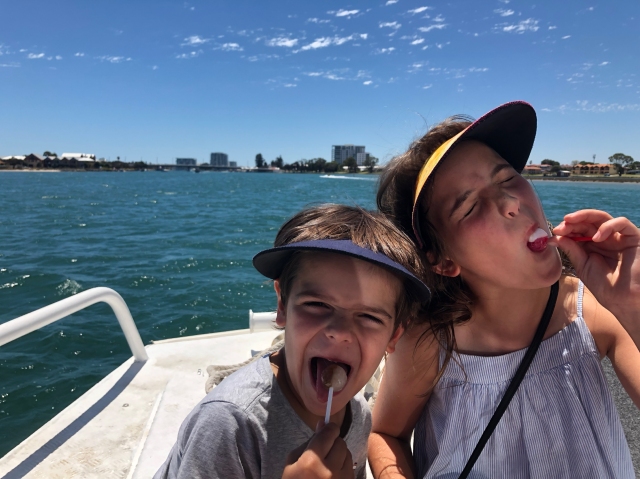 By chance we came across Mandurah Cruises and booked in for their canal cruise including fish & chips lunch. I’ve never been on such an immaculate and tidy boat. The team were fantastic, so knowledgeable about all the dolphins and happy to answer all the questions the kids had. We did see a few dolphins too.

The return pitt-stop was our highlight though. We got up at the crack of dawn to get to Bunbury Bay for 8am to visit the Dolphin Discovery Centre. We rang ahead the day before and were advised to get there early if we wanted to see a dolphin and boy were we in for a treat.

They have volunteers in the water just by the shore who dolphin spot and if they see one, the bell is rung and everyone in the centre is told so you can rush outside. Well within 10mins of arriving the bell was ringing and we got out into the water and waded just above our knees, and a friendly female dolphin swam over to show us her baby. Seriously nothing cuter than a baby dolphin. 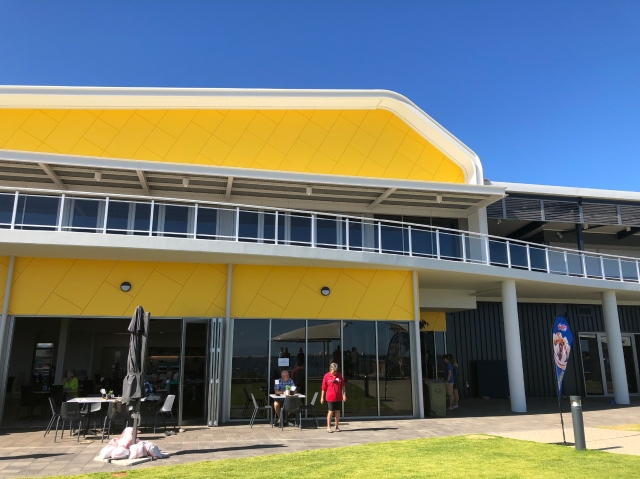 The dolphin experience is completely free of charge too. We paid a small amount to visit the swanky, new discovery centre indoors afterwards where we saw turtles, fish, even octopus’ being fed. It was interactive and the kids could get involved with the exhibitions, there was a lot of time spend colouring and watching your fish swim on the big computer screen.

We didn’t find many options for lunch, in hindsight we should’ve stayed and eaten in the cafe. There was however a big Coles supermarket, so you can pick up a few last minute Australian goodies.

Tip: Pack swimsuits/change of clothes and a towel, we ended up having to ‘air’ dry.

Coming next: Things to see in Margaret River>>

Little trip to the aquarium as we try and complete Singapore 🥴😂 got to catch them all 🥴
The #zebrachurch in #sienna giving me all the feels. Now wanting to add black and white marble at home 😯 did you know that sienna is split into 17 districts and each has an animal on their flags like snail, dragon, she-wolf. It’s so much fun walking around town and spotting the flags and statues.
Finally posted back on my blog today and it felt soo good. I posted a list of good books I’ve read lately. Would love your recommendations? What have you read lately? #bookclub #shelfie
Back in our favourite spot for a beach dinner. Why does food always taste better outside?
Normal service resumed. Or at least in between the showers. What’s with all this rain Singapore? 🥴
Few of my favourite moments from Italy. Hoping and willing that we can get away again soon.
Been wanting to play and do a reel like this for a while #italy #summerholidays #italyinsummer
Rome in a few seconds. #rome #summerinitaly
We get creative when schlepping around suitcases. Everyone mucks in and helps. Also after six flights and a few train ride we managed to get home with all our luggage and even after travelling through Heathrow 😂 #traveltips #travelin2022 #summer22
Still dreaming of Italy. #tuscany #summerinitaly
No smoke from the chimney today. #vaticancity #italy #rome #summerinrome
One of my favourite views of Florence. The first glimpse of the duamo as you get closer. We didn’t queue and go in the this as we’ve done that before. But of course we had to go get a closer look. It looked so much brighter this time. #florence #duamoflorence #summerinflorence #summerinitaly #summerinitaly🇮🇹

I’m Dee a British expat currently living in Singapore. I love to travel, explore cultures, local food and get to know the people where we stay. Follow me for unique boutique stays, eco friendly resorts, and adventure.